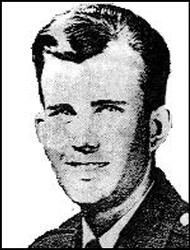 Warren Newton was the inspiration for the sculpture of the wounded soldier that is at the Canby Memorial.

Staff Sergeant Newton was a member of Troop C, 7th Squadron, 17th Cavalry Regiment. On January 9, 1968, he was the door gunner of a Bell Huey Utility Helicopter (UH-1C) on a cover mission about 20 miles west of Tam Ky, Quang Tin Province, South Vietnam. His aircraft was hit by ground fire, crashed and exploded. The remains of SSGT Newton have been recovered and identified in 2015.
Memorials: Vietnam Veterans Memorial (Washington, DC), MIA Wall at Oregon Vietnam Veterans Memorial Portland, Vietnam Era Veterans Memorial in Canby, Warren E. Newton Memorial at Zion Memorial Park Cemetery in Canby.
Detailed notes describing the air crash can be found at:
https://www.vhpa.org/KIA/incident/68010910KIA.HTM
MIA bracelets were distributed in his honor, and at least one has been left at the Vietnam Memorial Wall.
Here are a couple of remembrances posted at this site: http://www.vvmf.org/Wall-of-Faces/37824/WARREN-E-NEWTON 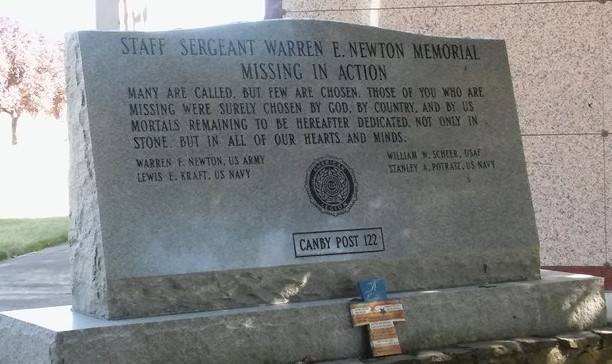