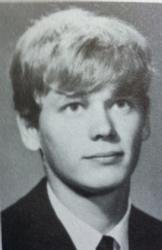 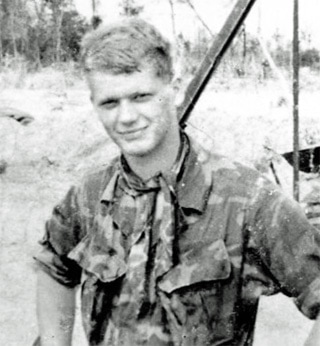 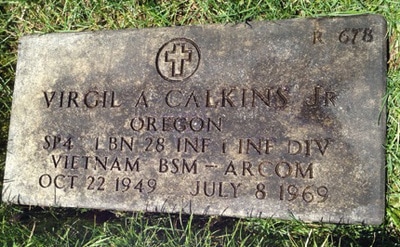 “He wanted to play the guitar…”


The Oregonian, Tuesday, July 15, 1969
Boring GI Listed Dead
WASHINGTON (AP) – An Army man from Boring, Ore., has been added to the list of men killed in Vietnam, the Defense Department announced Monday.
Spec. 4 Virgil A. Calkins Jr., son of Mr. and Mrs. Virgil A. Calkins Sr., was changed from missing to dead on the Defense Department lists.
He was the 503rd Oregon man killed in Vietnam since the start of hostilities in 1961 and the 99th this year.

The following remembrance was left for him at https://army.togetherweserved.com.
(from) High School classmate, 2 houses down the hill from Virgil, Boring, OR
I went to hi school with Virgil. Was his friend and neighbor. I was in country at the same time. He wanted to play the guitar, I miss him.