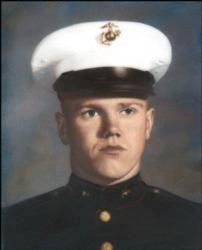 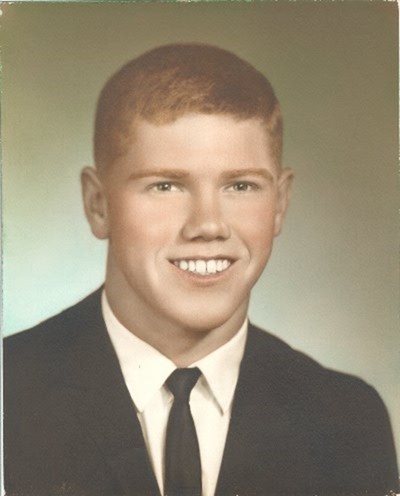 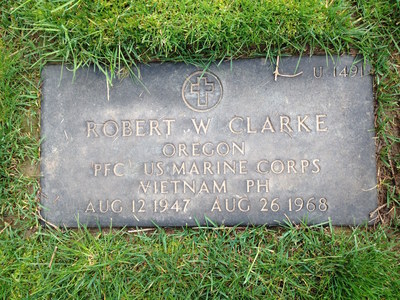 “He wanted to play the guitar…”


The Oregonian, Tuesday, July 15, 1969
Boring GI Listed Dead
WASHINGTON (AP) – An Army man from Boring, Ore., has been added to the list of men killed in Vietnam, the Defense Department announced Monday.
Spec. 4 Virgil A. Calkins Jr., son of Mr. and Mrs. Virgil A. Calkins Sr., was changed from missing to dead on the Defense Department lists.
He was the 503rd Oregon man killed in Vietnam since the start of hostilities in 1961 and the 99th this year.

The following remembrance was left for him at https://army.togetherweserved.com.
(from) High School classmate, 2 houses down the hill from Virgil, Boring, OR
I went to hi school with Virgil. Was his friend and neighbor. I was in country at the same time. He wanted to play the guitar, I miss him. Bob’s obituary refers to him as an “athletic star” and lists his many athletic awards and accomplishments. His family started an athletic fund in his memory.

These personal remembrances were originally posted here:
http://www.vvmf.org/Wall-of-Faces/9338/ROBERT-W-CLARKE
Always In My Heart & Mind

The Oregonian, Thursday, September 5, 1968
PFC. ROBERT W. CLARKE
The Defense Department has reported the death of Pfc. Robert Wayne Clarke, U.S. Marine Corps, in action Aug. 26 in Quang Tri Province, Vietnam.
Pfc. Clarke was the son of Mr. and Mrs. William J. Clarke of West Linn.
An athletic star and active in student affairs, young Clarke was graduated from West Linn High School in 1965.
He was born in Philadelphia, Pa. Aug. 12, 1947, and moved with his family to West Linn in 1961.
At West Linn High he played on the varsity football, basketball and baseball teams. He was captain of the baseball team, chosen most valuable player in the TYV League, and played on the All-Star Team in his senior year.
He had completed two years at Oregon State University and transferred to Eastern Oregon College in his junior year before joining the Marines in January, 1968. He was a member of the 1st Marine Division.
He is survived by his mother and father, a brother, John and a sister, Patti, all of West Linn.
Funeral arrangements are pending the arrival of the body. A military service is planned with burial at Willamette National.
The family suggests remembrances be contributions to the Bob Clarke Athletic Fund, West Linn High School.