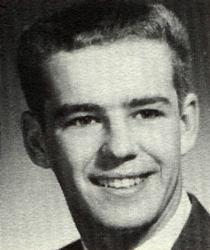 A touching and personal tribute was posted for him on VVMF.org, reprinted at the bottom of this page.

Location of service: South Vietnam, Thua Thien province
Died through hostile action - air crash on land.
A little information about his helicopter and the other occupants at the crash can be found here: https://www.vhpa.org/KIA/incident/68032929KIA.HTM

It's been a long time
It has been 46 years. Long time, much has changed. We are friends with the Vietnamese now. New wars have started, in Iraq and Afghanistan. The Rolling Stones are still touring, after 50 years. Camp Evans was turned over to the 101st Airborne in the fall, we moved to An Loc near the border across from Saigon, living in a rubber plantation. See you soon.