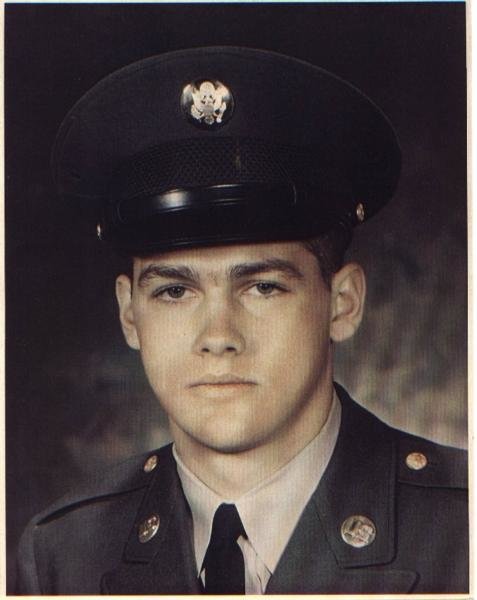 Jerry’s brother told us:
Jerry Dan Wells wrestled all 4 years at Estacada High School, 4 years in FFA including being president his senior year.  He also spent 4 years in metal shop, and was mentored by teacher, Mr. Babcock, who stayed in touch with my parents for 40 years after his death in Viet Nam.
Jerry graduated in 1966, then went to work for the Gerber feed and seed company in Estacada.  In 1967 he and his friend Dan Fouts decided to help save the world, and enlisted in the Army.
Along with his family, he was a long time member of Redland Community Church.
Jerry died in Viet Nam on January 22, 1968.
He was platoon leader PFC in the Army 101st Airborne Infantry, and has been terribly missed by family and friends. He was survived by his parents Armer and Julie Wells (now deceased), brother Terry, and sister Jo Anne.
********************************************************************
​
The following remembrances were originally posted here:
http://www.vvmf.org/Wall-of-Faces/55199/JERRY-D-WELLS

My father was one of Jerry's favorite high school teachers. Since Dad was a widower, Jerry's mom had us over for dinner several times. Jerry was home on leave from Viet Nam the last time Dad and I joined his family for dinner. He did not talk much about his first tour over there. As handsome as Jerry was in his Army uniform, he was ill fit for what was required of him there. He no longer wore that wonderful smile and the pain of what was required of him seemed evident. He seemed to know he would not be coming home from this tour.