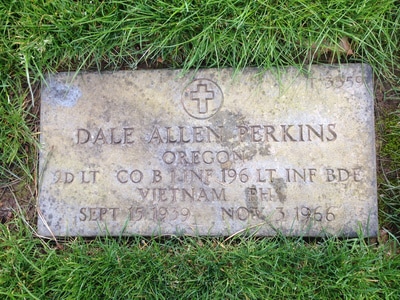 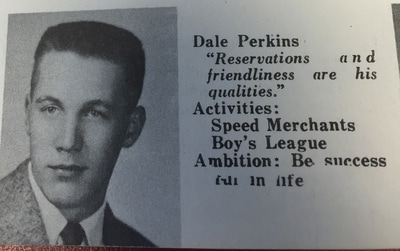 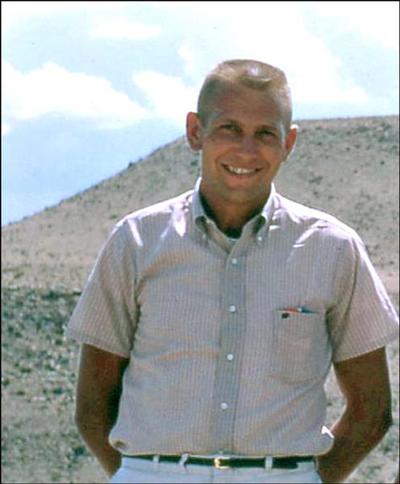 Dale was known for his selfless work with Korean orphans.

Enterprise-Courier, Oregon City OR, 7 Nov 1966
LOCAL RESIDENT VICTIM OF WAR
Lt. Dale A. Perkins, 27, the only son of Mr. and Mrs. Lester Perkins, Clackamas Heights, was killed in Viet Nam the Department of Defense announced Friday. He was a 1957 graduate of Oregon City High School and had been in Viet Nam since 14 Aug. He was killed 3 Oct by the explosion of a mine.
Perkins was assigned to the 196th Infantry Brigade, "Chargers," "B: Company, 2nd Btln, stationed at Tay Ninh, north-northwest of Saigon on the Cambodian border. The unit was charged with stopping infiltration of North Vietnamese soldiers into South Viet Nam.
A lifetime resident of Oregon City, Perkins attended Park Place Grade School, Oregon City High School, Portland State College and Oregon Technical Institute before joining the Army in June, 1961. He was promoted to Lieutenant in April, 1966.
He had served in Korea prior to his discharge in 1964 and re-enlistment in Feb., 1965. During his stay in Korea, Perkins was active with orphans organizations.
A scrapbook, kept by his mother, Elva, contains an article clipped from a Korean newspaper, showing Perkins standing with a young Korean orphan boy. He was recommended for promotion to Staff Sergeant largely because of his work with the Koreans.
A letter dated 27 Nov 1964, by an Army Captain, gives a view of the activities of Perkins in Korea. The letter was a request for Perkins promotion to sergeant E-6.
"Sgt. Perkins has demonstrated imitative and imagination during his free time by unselfishly devoting his efforts towards assisting the Korean people." the letter reads. "During his tour he has "unofficially" adopted a Korean boy... an invalid... he has participated in English Instruction Program by giving English lessons... at a nearby Korean school... Sgt. Perkins is always available to participate in such a program."
Perkins received basic training at Fort Ord, CA, attended various specialty schools at Ft. Benning Gad, Ft. Devens MA, and Camp Drum NY. He was commissioned a 2nd Lieutenant after being graduated from Infantry Officers Candidate School at Ft. Benning in April, 1966. According to his parents, Perkins intended to make a career of military service. A sister, Noriene James, Oregon City survives in addition to the senior Perkins. Cochrane Sunset Chapel, Gladstone, is in charge of arrangements. Mrs. Perkins said the family plans a military funeral at Willamette National Cemetery. Time of the funeral will be determined after a military escort arrives with Perkins' body.
​

This remembrance was originally posted at: http://www.vvmf.org/Wall-of-Faces/40233/DALE-A-PERKINS

Served with him before Nam 1961-1964
Dale and I were stationed first with NORAD in Winthrop,MA. We were both shipped off to Korea in '62, then to ElPaso in '64. I was discharged in '64. Dale re-upped and went to OCS. He was a dear friend for the 3 years I knew him. Can't wait to meet him again in Paradise.