​
Southern Illinoisan, Tuesday, April 12, 1955
Hurst Airman in Oregon
A-3C Bobby D. Seay, Hurst, has reported for duty with the 497th Fighter Interceptor Squadron at Portland, Ore. An electrician, Seay is the nephew of Orville Fulgham, Hurst. He attended Hurst Grade and High Schools prior to entering service in 1954.


Southern Illinoisan, Wednesday, December 2, 1970
Bobby Seay: Former Area Man Aboard Missing Plane
Relatives of Air Force M. Sgt. Bobby Darell Seay, 36, a former Hurst resident, have been notified he was on a plane that is missing in Vietnam.
Seay was to have returned to the United States on leave Monday.
Whether he was on a U.S. transport plane reported missing Friday or some other plane is not known.
Contact was lost with the C-123 transport plane shortly after it took off from a base in the Central Highlands, and bad weather has prevented aircraft from making a thorough search. The plane carried 73 Vietnamese, a five-man American crew and one American military passenger.
Seay’s wife, Barbara, and two daughters live in Gladstone, Ore. He was raised by his uncle, Orvel Fulgham, now living in Marion.
Seay joined the Air Force in 1954 after graduating from the Hurst-Bush High School.


The Oregonian, Thursday, December 31, 1970
Gladstone GI Killed
WASHINGTON (AP) – The Defense Department said Wednesday Air Force M. Sgt. Bobby D. Seay of Gladstone, Oreg., had died in the Vietnam war. Cause of death was listed as nonhostile, officials said. Seay, previously listed as missing in action, was the husband of Barbara A. Seay, Gladstone. He was the 627th Oregon serviceman to die in Southeast Asia since the war began, and the 78th this year, in the Associated Press count. 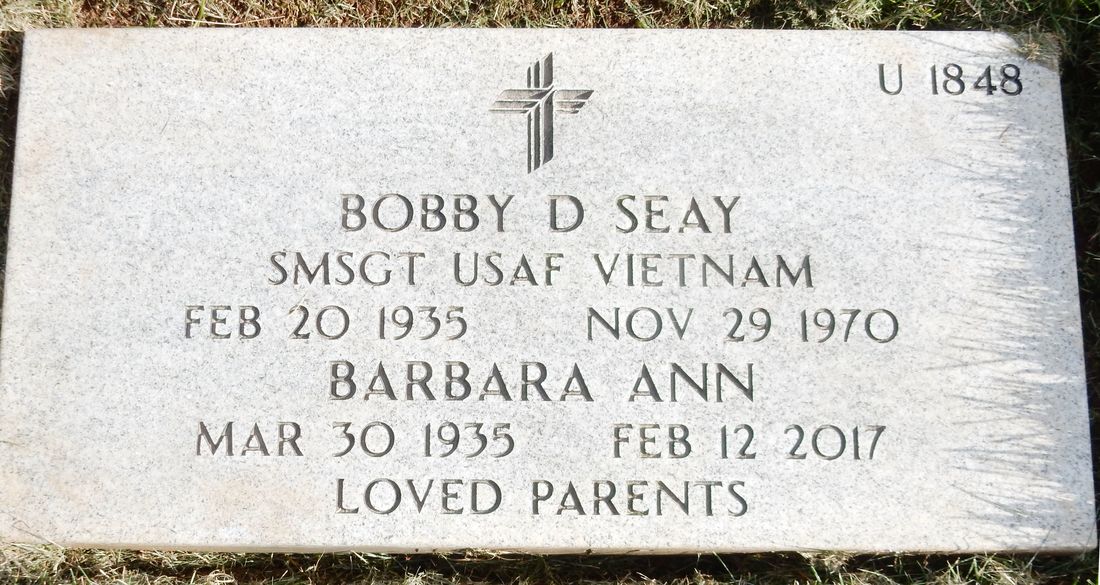