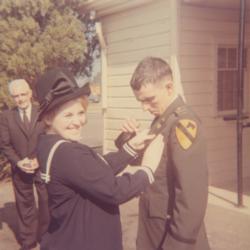 A detailed description of the accident is found here: https://www.vhpa.org/KIA/incident/691124211ACD.HTM

Schools Attended: West Linn High School
Burial location: Mountain View Cemetery, Oregon City, Oregon
Memorials: Vietnam Veterans Memorial (Washington, DC), Oregon Vietnam Veterans Memorial (Portland), Veterans Memorial Coliseum (Portland), Vietnam Era Veterans Memorial in Canby
​
The Oregonian, Saturday, November 29, 1969
Portlander Dies In War
An Army helicopter pilot from Portland was killed when his helicopter crashed due to an apparent mechanical failure in South Vietnam Monday, the Defense Department reported Friday.
Warrant Officer Allen D. Perkins, 22, husband of Susan Perkins, 1725 SE Linn St., was the 530th Oregon serviceman to die in the Southeast Asian country since January, 1961, and the 136th in 1969.
WO Perkins was the son of Mr. and Mrs. Donald Perkins, West Linn, and was born Sept. 13, 1947 in Wichita, Kan. He moved with his family to the Portland area in 1955 and was graduated from West Linn High School.
He entered the Army in October, 1966, and was stationed at Bien Hoa, South Vietnam. Besides his wife and parents, he is survived by a daughter, Samantha Ann, 15 months, and his grandmother, Mrs. Maude Perkins, Salina, Kan.
Funeral arrangements are pending.

Allen’s daughter originally posted this note at virtualwall.org:
I have begun my search for my father for a number of reasons. Probably the biggest is because I now have two children myself. I am just now beginning to realize the huge gap in my life that only a father can fill. I thank God continually that my children have their Daddy. Yet my fear is that that is too good to last until they are adults. I have always wondered why I never knew anyone who also lost a family member to Vietnam. It has been a lonely feeling. I am now several years older than my father was and I would somehow like to know who he was as a young adult.
My mother is a wonderful, nurturing mother, who did her best to give me a sense of who my Dad was. I feel that I want to know more about him as a soldier, a pilot and a man. I do however know that he loved his family deeply and I take great comfort in that knowledge. 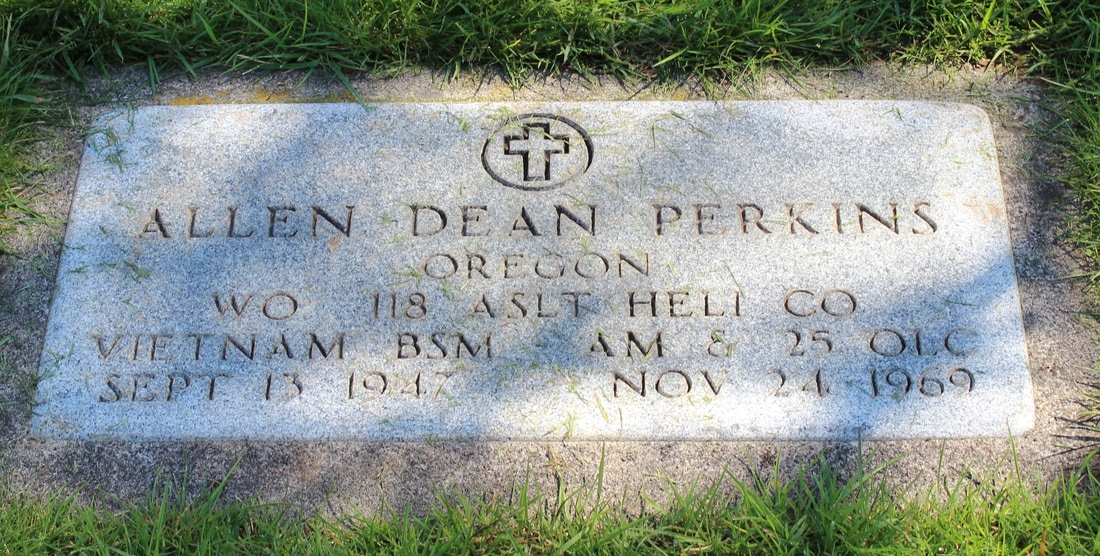